Although Nick and I were having a hoot in India, after 2 months we were beginning to feel exhausted. We crossed into Nepal by land and the difference was night and day. Nepalis smiled at us and helped us cross the border. They made sure we got on the right bus and pointed out their favorite momo hut. Nick thought it was all a trick or maybe we were getting scammed but I assured him that Nepalis were the kindest of them all. The 11 hour bus ride from the Indian border to Kathmandu was exciting to say the least. We were surprised by how undeveloped the only road into the capital was and we followed a deep gorge the entire way. We saw vehicles teetering off the edge and although our bus driver drove like a lunatic (like all bus drivers in Asia) we were thankful when we arrived safely.

I was elated to be back in Nepal and although Kathmandu was dusty and touristed I was excited to return. The affects from the 2015 earthquake were very present and Kathmandu reminded both Nick and I of the soviet era capital of Mongolia (Ulan Batar). We appreciated the law against unnecessary honking. We watched people line the street and march for their favored party in the upcoming election. The election was a big deal as this was the first local election in 20 years. Nick and I spent a few days running errands and arranging our trek to Dolpo before picking up Larry and Kaitlin (our friends from Hawaii) from the airport. Before trek we spent a few days exploring the city. 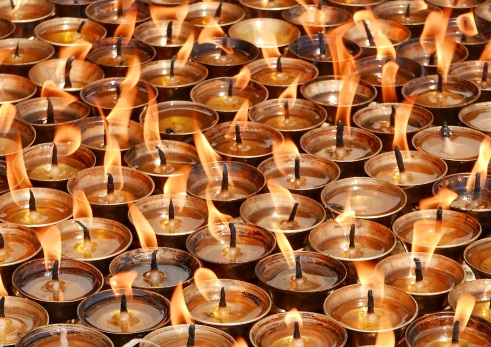 My highlight was spending time with Sri and Tsewang, friends I met in Nepal in 2012 and later worked with when I worked for an adventure travel company, Above the Clouds. We had many meals together and gained local knowledge on the election, Mustang, politics, and climate change.

After our 20+ day on trek (Dolpo Trek blog post), Nick, Larry, Kaitlin and I were excited to head to Pokhara, mostly looking forward to bathing and eating. I remembered Pokhara as a small lakeside city with lychee trees and ping pong. However, the amount of development and construction in the past 5 years was astonishing. It felt like any college town from the states plopped into the rainforest. There were hundreds of hotels and I was surprised to see fast food chains and box stores. 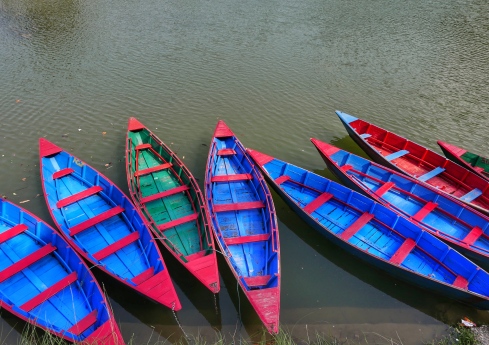 Before leaving Kathmandu we were thrilled to find lychee season begun! We prompty ate 4 pounds of lychee and many mangos before boarding our flight for Indonesia!

Lassi- a delicious local lassi stand on Thamel Marg (40 R for a small, 70 R for a large)