We left Anchorage and headed south around the Turnagain Arm to Hope. Dan and Hannah had a blast whitewater rafting class V rapids, while Nick and I prepared dinner (chicken & tofu). The porcupine campground offered a remarkable mountainous view and around 6 pm, the bore tide filled the arm within 2 minutes. 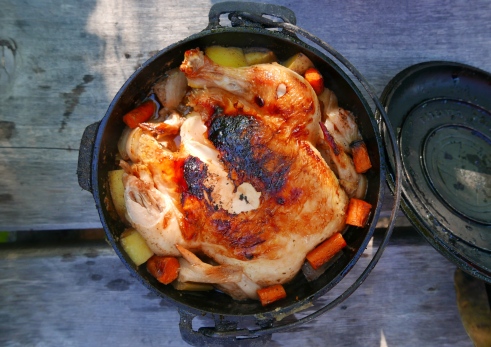 Next, we drove to Whitter, a secret military installation from WWII and a very strange place. After the Japanese attack on the Aleutian Islands, the U.S. wanted a remote base as inaccessible as possible. Previously only accessible via boat and train, the two-mile tunnel blasted out of granite is now open to cars. We explored the underground tunnel systems and grocery store/ tsunami museum. Before leaving, we hiked up to Portage Pass where we were rewarded with a 360 view of the glaciers and bay. It definitely felt like life in Whitter was rough. 80% of the 200 permanent residents live in the WWII-era Begich Towers pictured below. 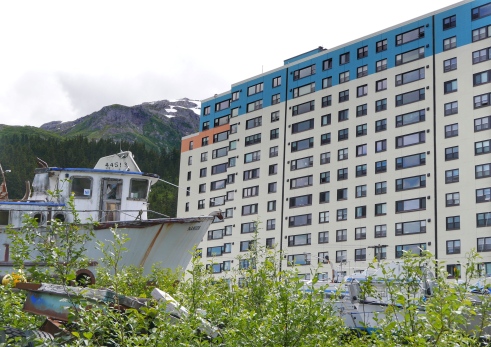 Our next stop was Seward, where our campground, although crowded, was perfectly located between town and Resurrection Bay. We spent a day on a boat in the Kenai Fjords National Park, created in 1980 to protect 587,000 acres of wilderness. We were lucky to watch ice calve off from glaciers and spotted Humpback Whales, porpoises, sea otters, sea lions, puffins, and bald eagles. 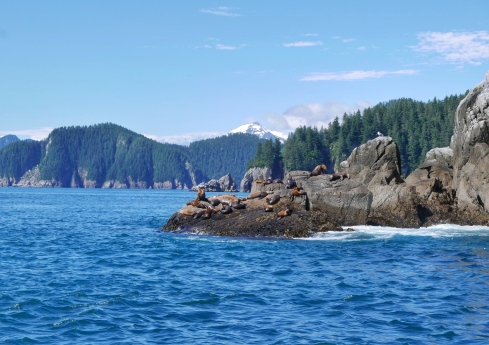 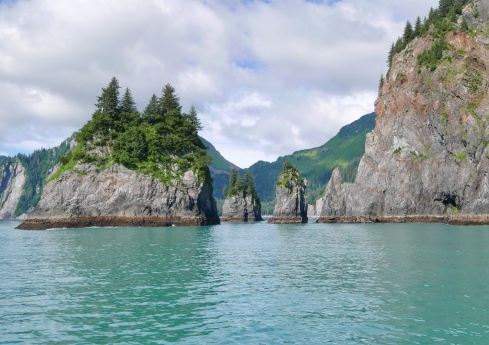 The next day, I did some work while Hannah and Nick tried their luck at fishing. Nick caught a Silver Salmon, but they both were disappointed to learn about the declining fish population. 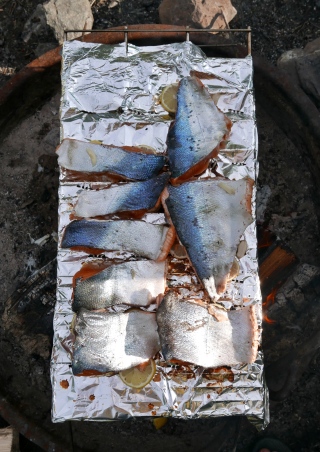 Before heading to Homer we stopped outside of Soldotna where Nick, Hannah, and I spent 2 days backpacking to the Upper Russian Lake. A few miles into our first day we stopped to observe salmon ladders where we watched salmon rapidly hucking themselves at rapids and rocks as their only hope for survival. For the remainder of the day, we hiked through tall grasses (6 ft.) and meadows. The hundreds of bear prints, scat, and claw marks were at first startling until we realized the bears were everywhere and seemed more scared of us then we were of them. We saw an enormous moose rack hiding in the meadow pictured below. The mosquito presence was, as always, extreme and it seemed you couldn’t breathe without inhaling some. At camp, we watched the sunset over the Upper Russian Lake (there are about 3 hours of relative darkness now that we are more south), a mom guiding her 17 ducklings in the lake, and 3 immature bald eagles the size of dogs (70 pounds?) preparing to snatch a duckling meal. The second day we walked through wildflowers and the trail widened into a more forested area.

We were picked up at the trailhead and drove through Soldotna to Homer. Homer offered water views with glaciers and active volcanoes in the backdrop. On our first full day, I explored the farmers market and did some work while the Loebs took a bush plane to see Coastal Brown Bears (I had the opportunity to go the next day).

They got within 10 feet of the bears and their experience sounded like a highlight of the trip. I set Nick up to fail by giving him a dead camera battery so although he caught some amazing photos, the guide, Joe, shared the real beauties with us (bottom 3 photos).

The next day we visited the Pratt Museum and learned about the 1989 Exxon Valdez oil spill and local wildlife. We walked the beach, historic town, downtown, and spit before I headed to my bear tour. Although I wasn’t able to get as close to the bears as the Loebs, the flight was the highlight of my trip. Flying over active glaciers, watching the clouds roll over the peaks, seeing bears fishing below the plane, and bumping around in bad weather made for an excellent evening.

Homer really grew on us, it was a funky place, but as always, we had to pack up and get back on the road. Good Finds: Two Sisters Bakery, Fresh Sourdough Express, and Hermit’s Rare & Used Books 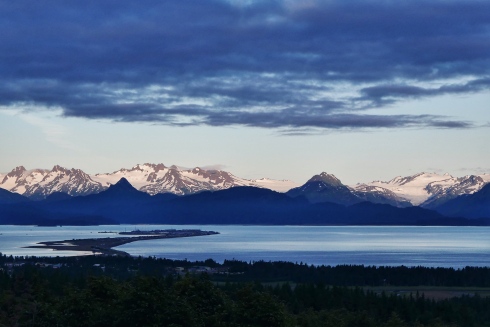